Home » Blog » Are Diamonds A Good Investment Today And The Future? 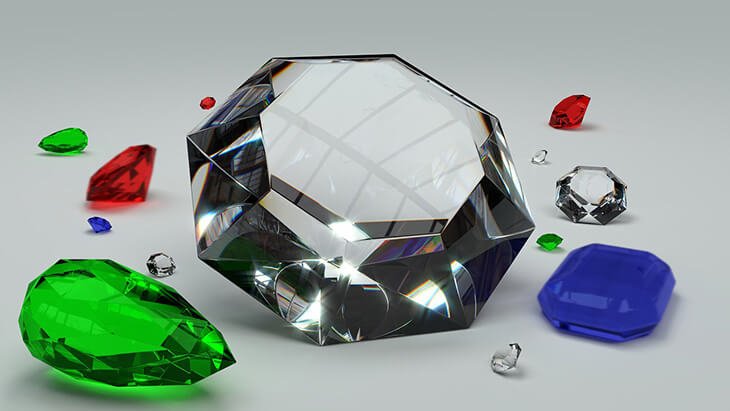 Are Diamonds A Good Investment Today And The Future?

Diamonds are beautiful, shiny, and extremely expensive. This is what has made them so precious throughout time. The question is, in this economy, are they really worth it as an investment opportunity? In the past decade or so, the resale value of diamonds has been steadily decreasing. Though a precious mineral, the rock is no longer as rare. This is due to the emergence of synthetic diamonds.

Back in the day, it was impossible to produce perfect diamonds. Many people attempted the process, but the final results were flawed and it was easy to distinguish synthetic and natural diamonds. As such, we relied on nature for all of our diamonds demands to make it something highly sought after, hence they were expensive.

However, technology and innovation have finally caught up with demand and people can now accurately produce diamonds of any size and quality in a matter of days. These synthetic diamonds are produced in a lab, which is a controlled environment, meaning that they are perfect and have none of the flaws that might come with mined minerals. They are also already cut and shaped and need only be used.

The synthetic diamonds are genuine in every way as far as chemical composition goes, the only difference is where they come from. This has made it rather difficult to distinguish between the two types of diamonds. The technology to make these diamonds is slowly making its way into the world and the supply of diamonds is slowly catching up with the demand, making the product more accessible and less pricey.

Is there a future for diamonds?

Here’s a look at the present and future state of diamonds.

As a present to symbolize love, there is nothing out there better than a diamond. However, as an investment, diamonds are as risky as they come. This is because:

This means that the chances of you make a profit or getting a return on investment is pretty slim.

The fact that diamonds were scarce and unique made them something to be admired. They were sought after, and everyone wanted. There was however not enough of them. This made them precious and valuable. Mother nature took millennia to make them, humans took months to mine them, and cutting them was a whole other story.

However, they can be produced on demand and more are being made every day. Since there isn’t a regulatory body that can stop the production of synthetic diamonds or at least slow it down, we are headed to a future were diamond will be as common as glass or marble. So, the diamond that you buy today for an arm and a leg will cost no more than an iPhone in the next decade or two. As a result, it is ill-advised to have diamonds as a current or future investment stream.